The 500mm f/4 was my preferred telephoto lens for many years. I was using the Nikon one between 2008 and 2013 before switching to the 400mm f/2,8. As a wildlife photographer I have always appreciated the versatility of the 500mm compared to the more specialised 600mm. I also enjoyed the slightly lighter weight of my lens compared with colleagues dragging around the “monstrous” 600 f/4. Now it seems things have changed.

As of July 2nd Nikon announced the release of both a new AF-S NIKKOR 500mm f/4E FL ED VR and AF-S NIKKOR 600mm f/4E FL ED VR. My WildPhoto Travel colleague Ole Jørgen Liodden was lucky to test a beta version of the 600mm for Nikon already in April (read his test here; http://oleliodden.com/tech-tips/test-report-nikon-600/) In July I was asked by Nikon to test the 500mm lens under normal working conditions. Unfortunately I was already on my way out on a Svalbard expedition and was not able to bring the new lens, but as soon as I returned home I took it out for a spin. Here are my first impressions.

I haven’t had much time with the lens but I have been out twice in different conditions to see how it performs, and also done some simple comparisons with my other lenses close to home. In total I have taken 900 images with this lens over a couple of days, both handheld, on a tripod, resting on the ground and also from a moving boat.

The biggest difference between the old and the new 500mm is very evident as soon as you pick it up from the box. Yes, there is a new hard case, but that’s not it… I knew the lens was lighter, but still I was caught by surprise when I held it in my hands. The 20 % difference in weight is a welcome change in Nikon lenses. I know some wildlife photographers have moved from Nikon to Canon due to their range of light weight lenses – now is the time to move back.

Also, the lens have been redesigned and the weight has been shifted slightly to the back making the 500mm better balanced with my D4s, and easier to hand hold. Even with the D810 attached it feels good holding it.

Nikon is one of the most respected brands in the world and would not release a new lens that do not deliver at least as good as the previous, so I was not surprised by the overall performance of the lens. I did test it in my back yard against my trusted 400mm f/2.8E FL ED VR, and I still believe my 400mm is sharper then the 500mm but I do not have a lot of hard evidence to prove it.

For years Nikon telephoto lenses have been superior to the competition when it comes to shooting backlight and in harsh conditions. The combination of extra-low dispersion glass (ED) and nano-crystal coating has given them a huge advantage. The new 500mm has no less then 3 ED lenses and is obviously treated with nano-crystal coating. Flare and chromatic aberration is therefore kept at a minimum.

During my first shoot I was working in quite harsh backlight. I was shooting wetland birds and used a dark forest as my background and wet vegetation as my foreground. Nine rounded shutter blades gave a nice bokeh and also nice rounded reflections in the wet foreground. It does seem the reflections fall a bit to the edges, compared to my 400mm, but I was still very happy with the result. 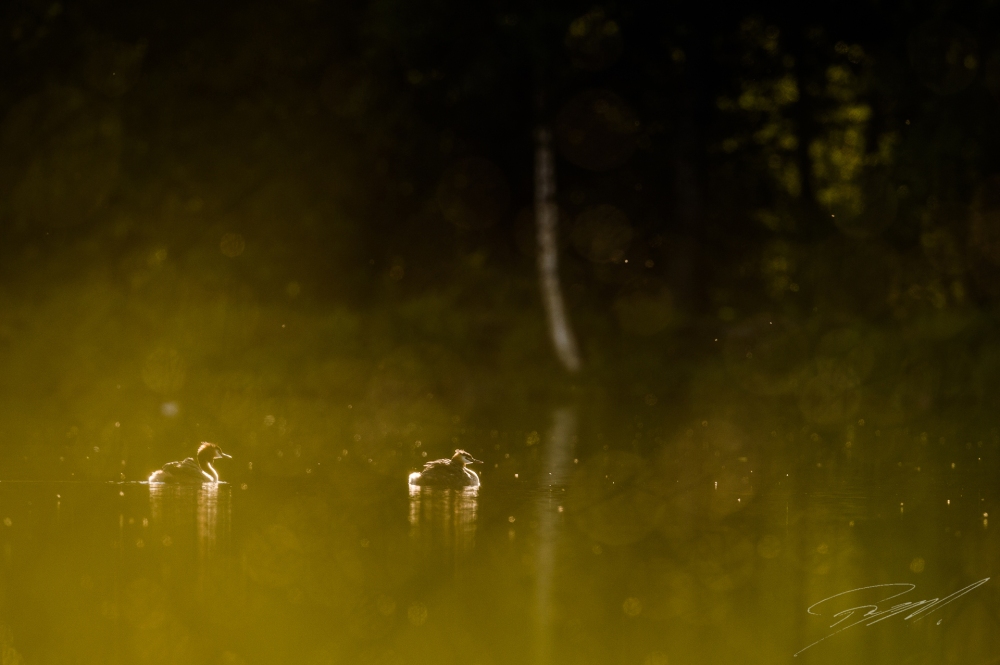 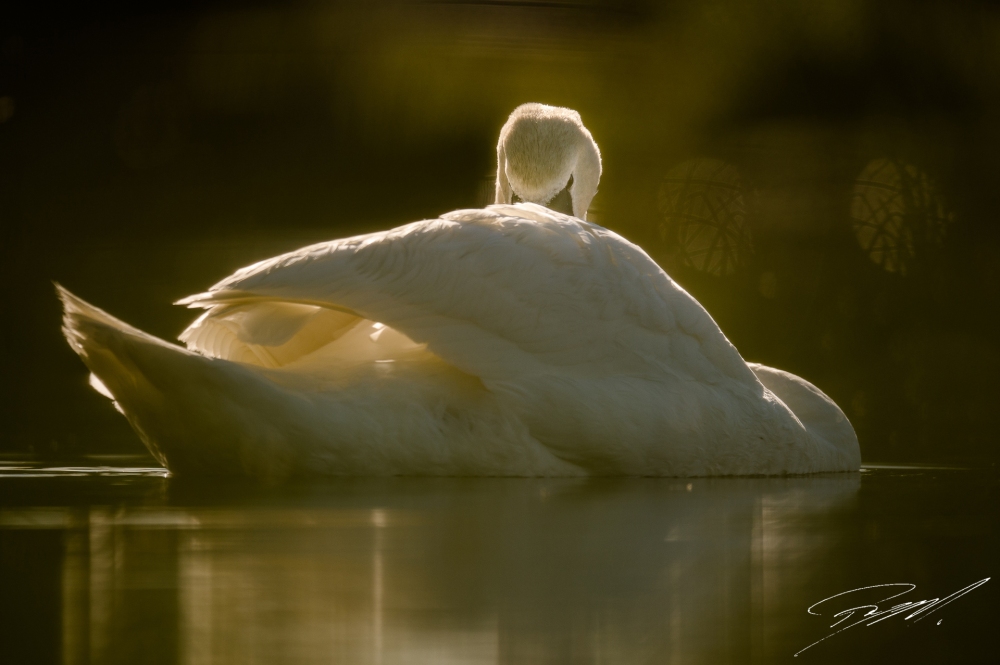 Second day I was shooting White-tailed Eagles, and a lost Northern Gannet that came by, from a moving boat. The light wasn’t great but this is a classic wildlife photography situation and I have been shooting with the previous 500mm lens many times before. That being said I haven’t used the old 500mm together with the D4s, but rather D3, D3s and D4.

During a 3-4 hour outing I fired over 500 frames using mostly Manual mode (M) and fast shutterspeed. I also did some panning with shutter priority (S) at between 1/30 and 1/60 sec. I used the lens with VR off most of the time. I could not see any difference with the VR on or off during this shoot. I also used the amazing Group AF Mode on the D4s with lock-on at “Normal”. This is my standard setting for most flight photography and I am super happy with the performance. ISO level was averaging around 1250.

As usual (I am no trying to brag…) almost all my eagle shots were sharp. I did clip a wing or two and also locked on the tail or claws on a few occasions (once on the background…), but the focus speed was more than sufficient to track the diving raptor. So as long as you keep the subject in the frame it should be able to track it. 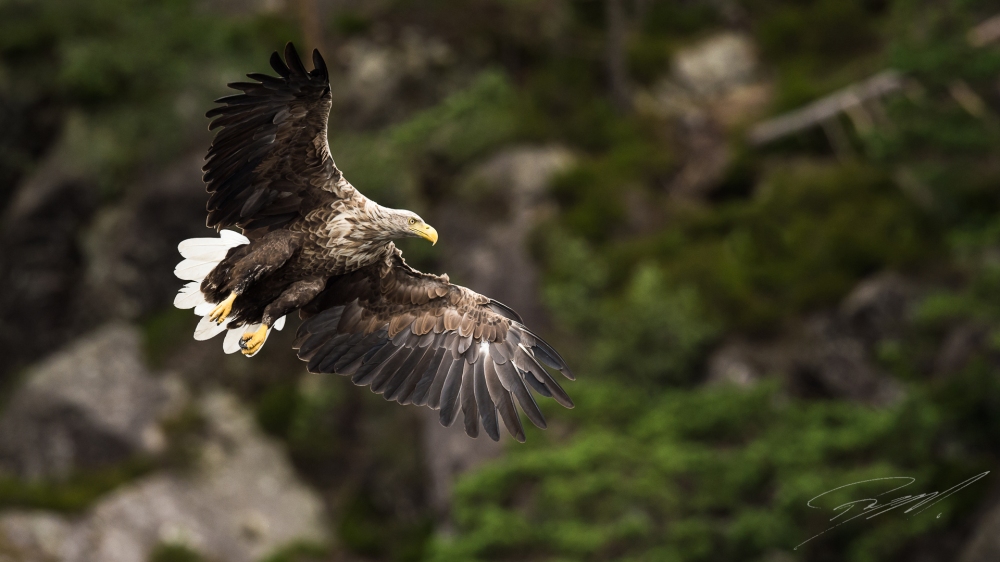 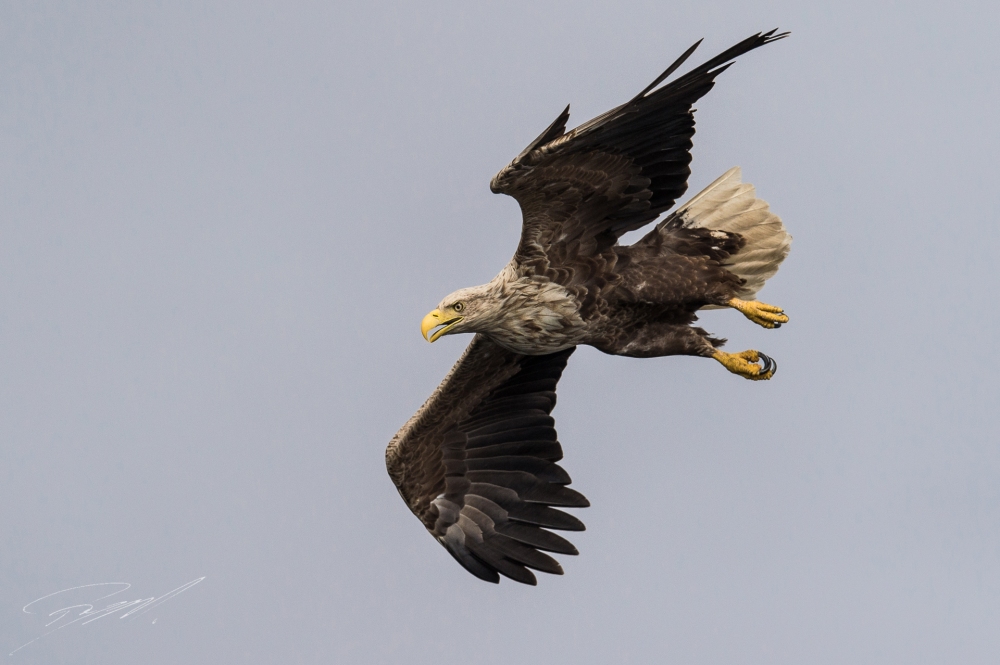 As for panning I pretty much used the same technique as always and the result was as expected. I know my WildPhoto Travel colleague Liodden did find a big difference in the ghosting effect when panning with VR on Sport-mode, with the new 600mm being a lot better than the previous version. Unfortunately I did not find this with the 500mm. Shooting flying birds at 1/30 second is obviously a game of luck (and some skill) and I did not shoot more then 3-4 series with this technique. I did nail a few shots but I cannot claim the result was better then I normally would get. I should probably go out and try again. 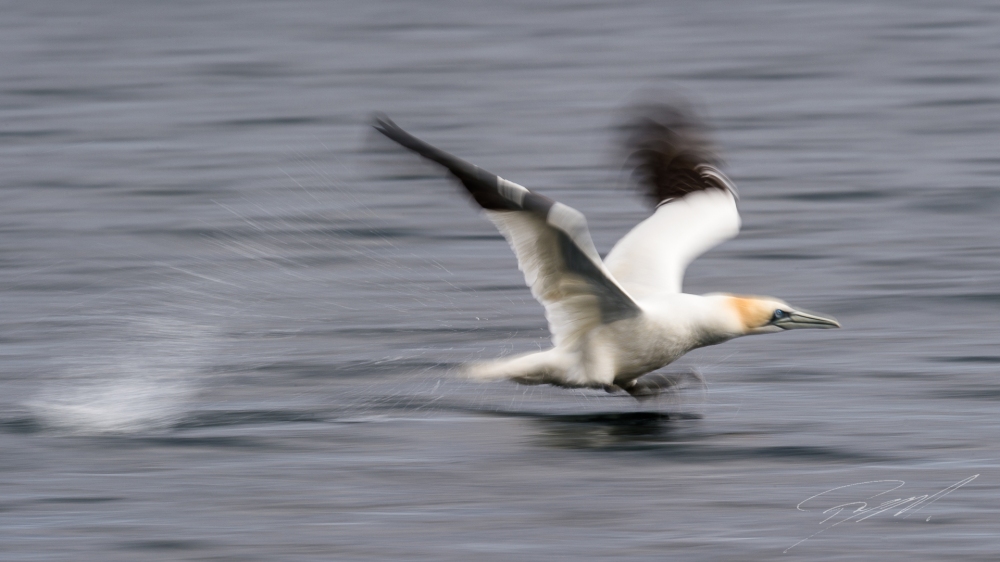 One thing worth mentioning though is the fact that I was shooting effortlessly handheld all this time and I could move the lens around more or less without any strain. The new 500mm f/4E is a dream come true for any wildlife photographer shooting handheld and also dragging gear around the mountains.

I will probably still keep to my 400 f/2,8, as it suits my use better, but I expect to see several new 500mm lenses in the field in the near future.

Thanks to Dag and William Brynjelsen for taking me out to the eagles. Check out young Williams images HERE – a talented kid.