In March 2015 I embarked on an adventure unlike anything I have done before. I boarded a private yacht as a guest photographer in Cape Town and soon after we started our journey north along the coast of Namibia. Here we spent a few days visiting some of the highlights of the region. 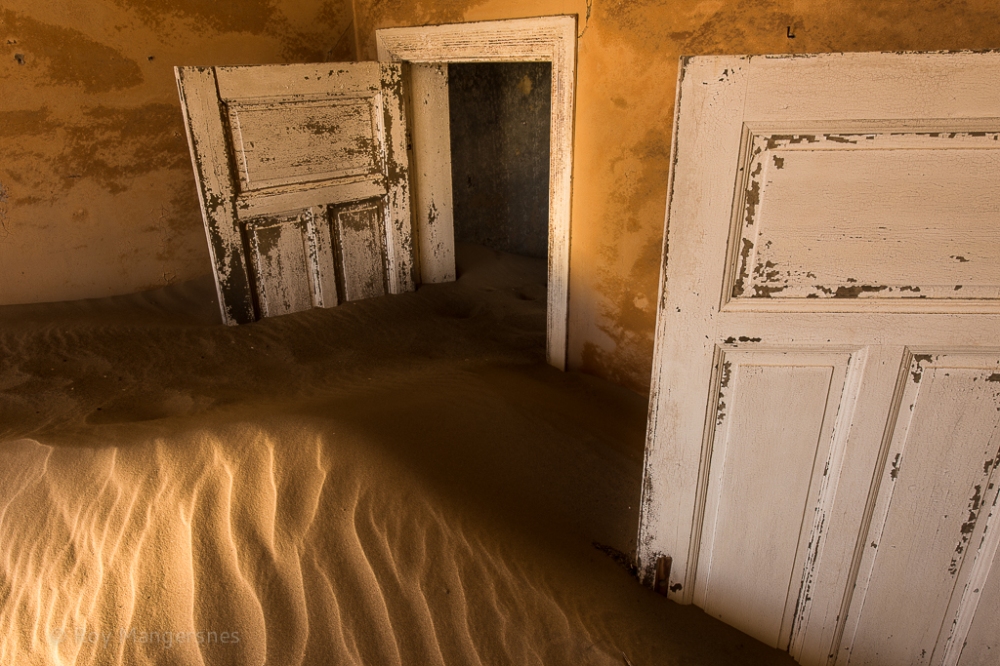 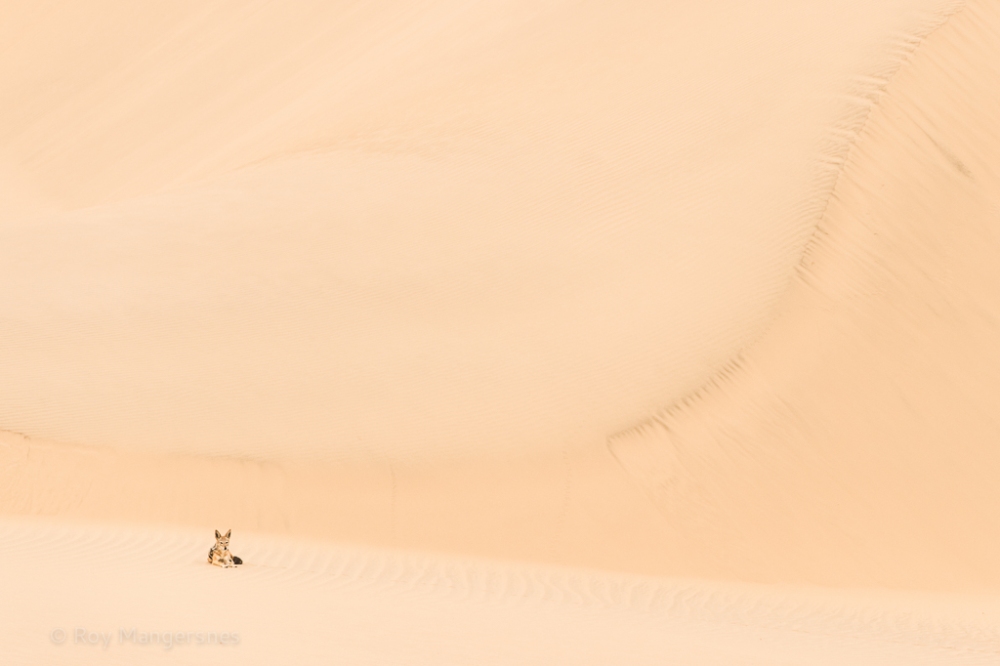 However, the real expedition started when we headed west into the vast South-Atlantic Ocean. After two days at sea we had a beautiful sunrise as we sailed towards the remote island of St. Helena. During the next three days we would explore the island both under water, along the rugged coast and in the green hills.

One of the highlights for me as a wildlife photographer was to be able to photograph the endemic, and very rare, St. Helena Plover or Wirebird. Its entire global population is found on this remote island and consists of about 400 birds. At one point I hade 10 birds around me – what a privilege! 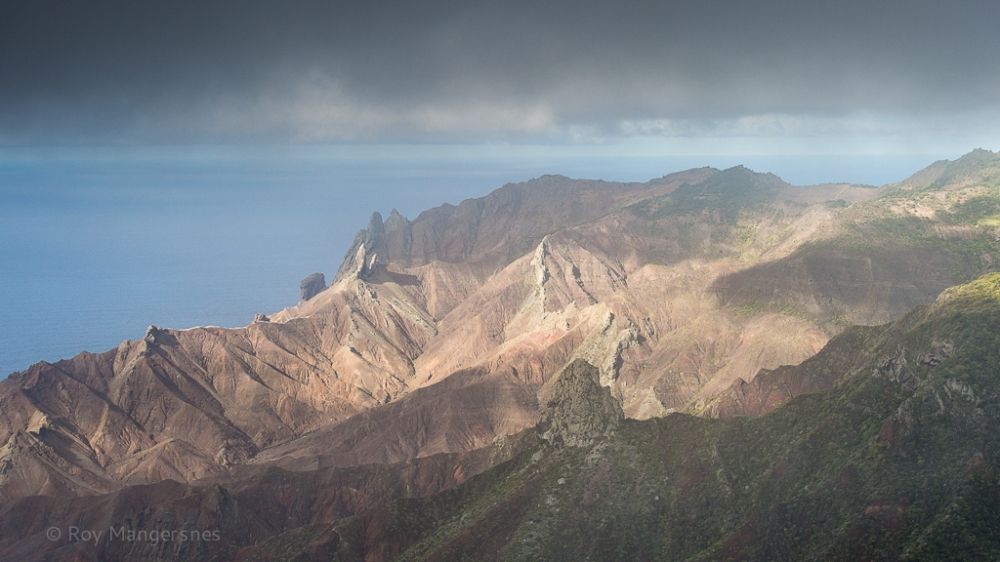 After another two days at sea we arrived at another volcanic rock in the middle of nowhere. Ascension Island is one of the most remote islands in the world, midway between Brazil and the African coast. The island is mainly inhabited by US and UK military, and some other specialized contractors. It is a tropical island, dominated by volcanic rock. Still there are some very unique animals found here. The Bottlenose Dolphins bow riding our ship on the way in gave us a brief introduction of what to expect. 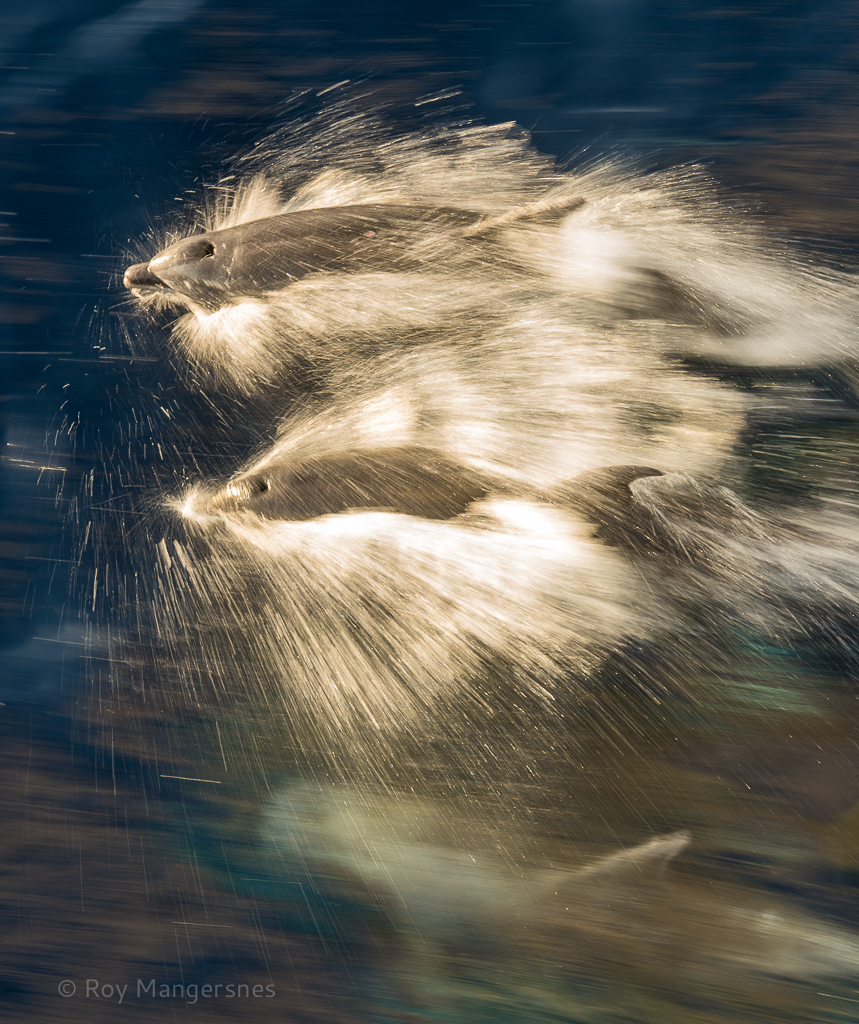 One of the offshore islands, Boatswainbird Island, is home to thousands of seabirds, including the endemic Ascension Frigatebird. Also Boobies, Noddys and Tropicbird are common here. On land we found hundred thousands of Sooty Terns and also the endemic Landcrab! 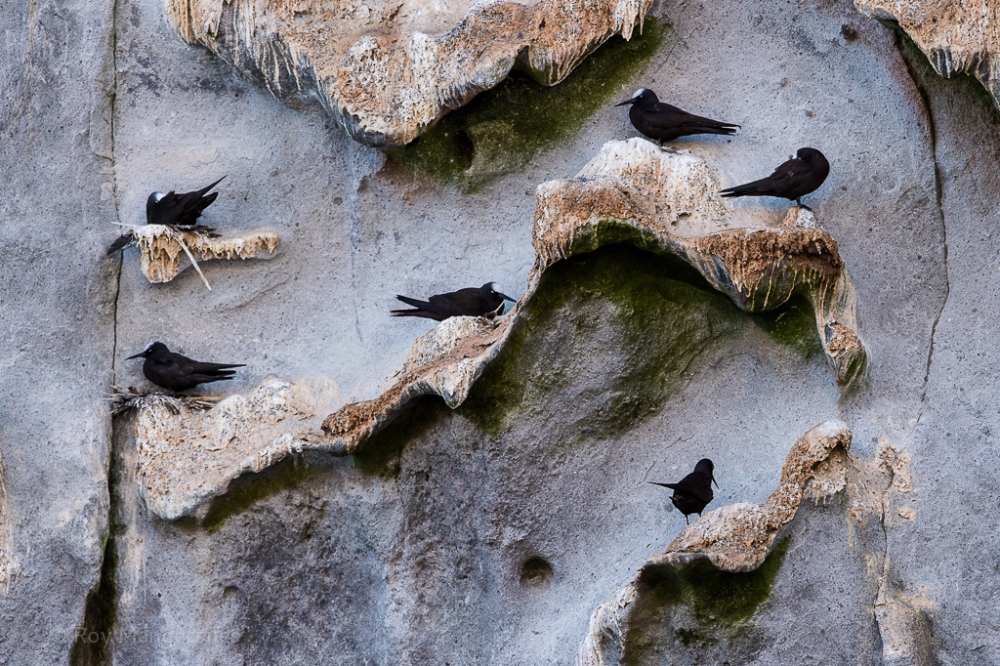 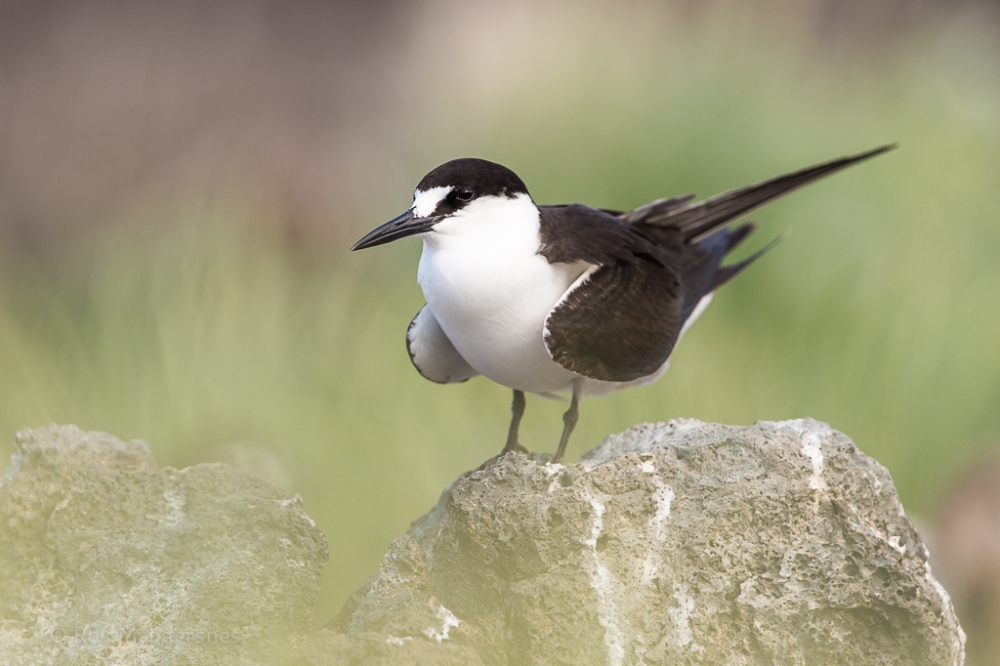 The highlight of Ascension was on the other hand, to spend the nights and mornings with the hundreds of Green Sea Turtles that nest on these beaches at this time of the year. Every year between December and June thousands of turtles migrate from the coast of Brazil and by what seems as pure luck, they arrive on the small volcanic island in the middle of the Atlantic Ocean some 2000 km away. Long Beach is close to Georgetown and the most accessible beach for turtle watching and every night at this time of the year around 200 females come ashore to lay. The turtles are large animals, weighting as much as 250 kg, and based on the tracks they leave one might believe trucks have landed on the beach during the night. During the night we went out on the beach using red light torches not to disturb the arriving females. After digging a large pit she will lay over a 100 ping pong ball like eggs in it.  When finding a laying turtle we could approach slowly and watch as she dropped her precious load in the cool sand. It was a magic moment under the stars. 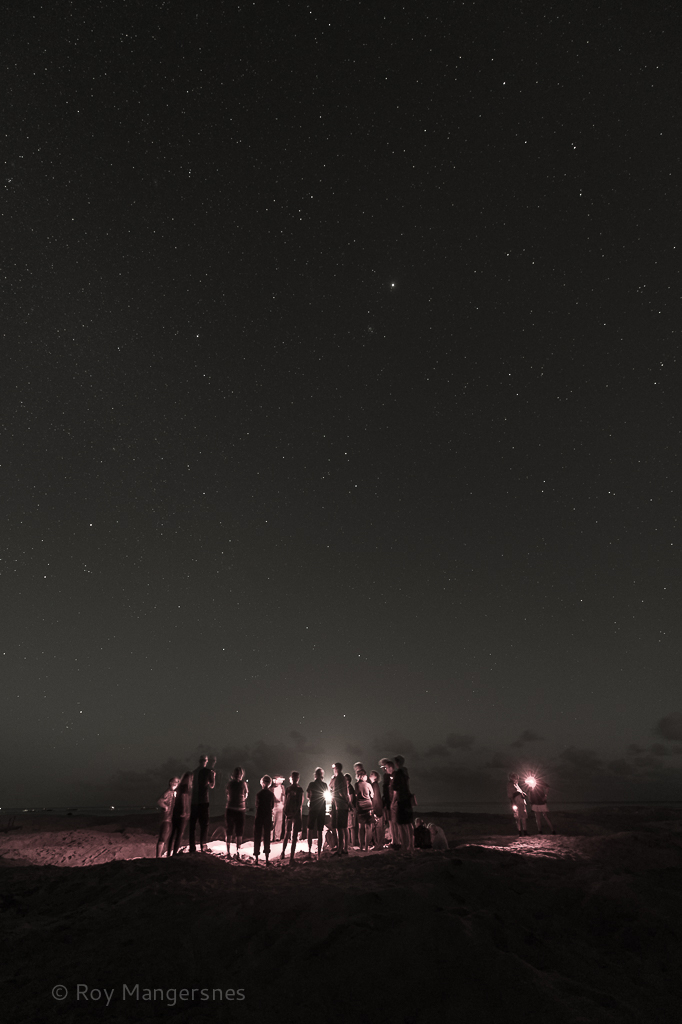 In the morning we were lucky to find a late female still laying after sunrise and I were able to follow her as she went through the process. While more and more people came down on the beach, and the other turtles were well on their way down to the ocean, she would lay her eggs without moving. When they were all down in the hole she started forming the base of the nest, a cocoon like structure around the inner chamber. After this she started throwing sand on top of the nest, moving inches forward while filling the nest with sand. After more then an hour of hard work she was happy and started the long journey back to the water. The sun was already up and the beach was warmer every minute. After another 15 minutes of hard work she finally arrived to the waters edge and the first refreshing wave rolled over her head. She looked up and took another few steps forward. The next wave would pick her up and send her gliding into the sea. Here she would rest during the day, sleep it of, and then return a few nights later to lay more eggs. 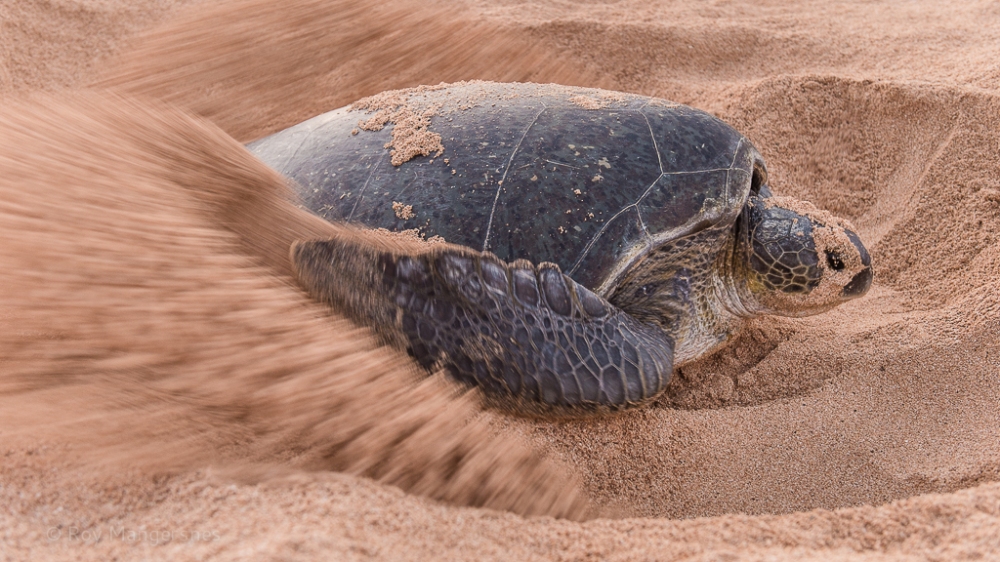 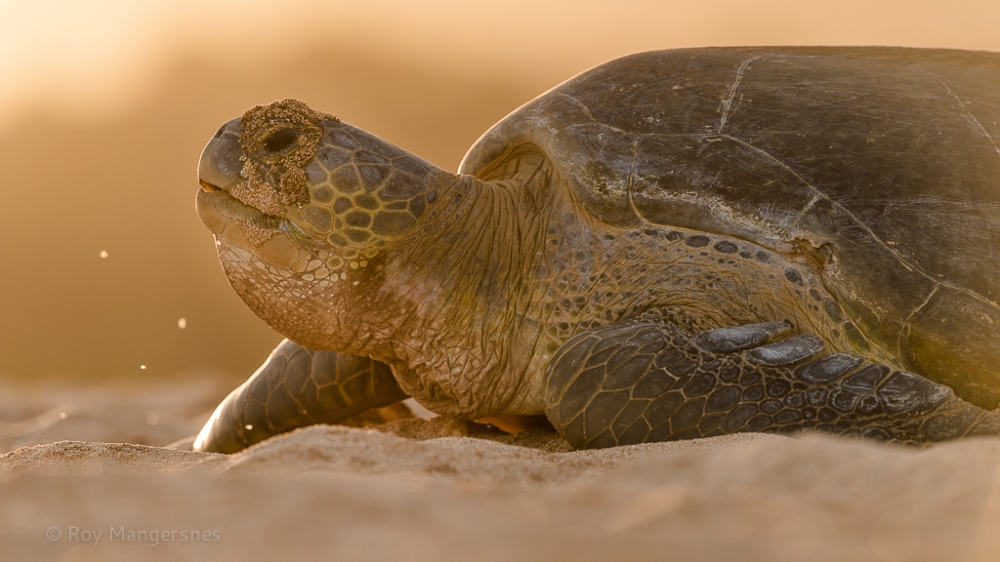 In a season as many as 10.000 nest are made on Long Beach and in a few weeks time the majority of nest will start hatching and thousands of hatchlings will rush for the sea. However, only one out of a thousand hatchlings make it to adulthood, but if this is a female she will return to the same beach 20-40 years later to lay her own eggs on the same beach.

After Ascension we ventured further north and after four days of sailing we reached Cape Verde, where I disembarked for this time. 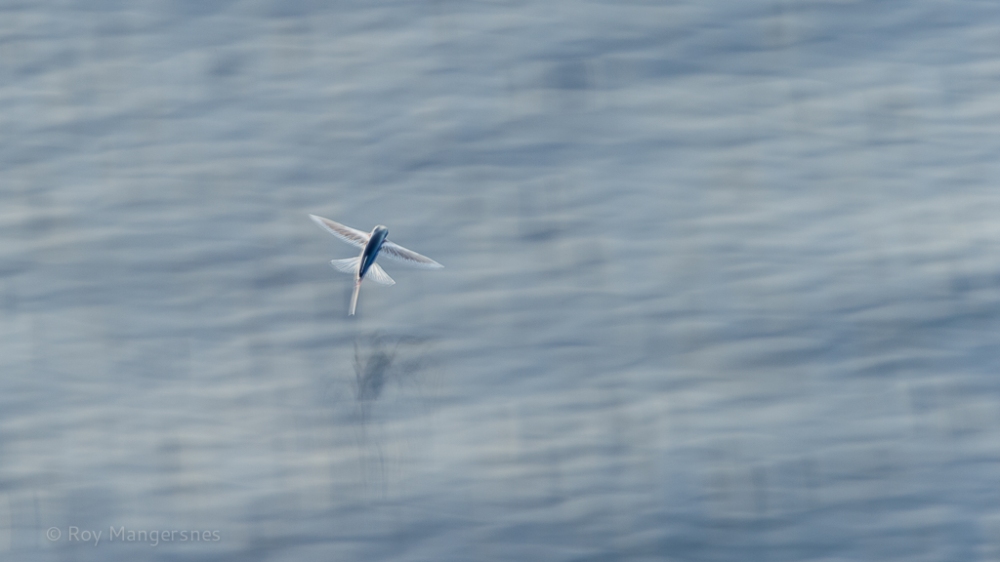