The Volcanoes national park is situated in the northern parts of Rwanda. This 160km² national park protects the Rwandan sector of the Virunga Mountains, range of six extinct and three active volcanoes which straddles the borders with Uganda and the Democratic Republic of Congo. The Volcanoes National Park is best known to the outside world as the place where for almost 20yrs the American primatologist Dian Fossey under took her pioneering studies of mountain gorilla behavior. It is largely thanks to Fossey’s single-mindedness that poaching was curtailed while there were still some gorillas to save. For her dedication, Fossey would pay the ultimate price still some gorillas still unsolved – murder at the Karisoke Research Centre in December 1985 is generally thought to have been the work of one of the many poachers with whom she crossed swords in her efforts to save her gorillas.

The Mountain Gorilla (Gorilla beringei beringei) is one of the two most endangered apes in the world with less then 800 individuals remaining in the wild. Just over 300 are found in Bwindi Impenetrable NP in Uganda, while the remaining are found in the Virungas.

The Gorillas are generally gentle and shy. The mountain gorilla is highly social, and lives in relatively stable, cohesive groups held together by long-term bonds between adult males and females. Typically the groups consists of 2-40 individuals, averaging about 11. The groups are led by a dominant male, commonly called the silverback. The silverback serves as the chief leader and protector of the group.

Border of the park

The primary threat to mountain gorillas comes from forest clearance and degradation, as the region’s growing human population struggles to eke out a living. Mountain gorillas are not usually hunted for bushmeat, but they are frequently maimed or killed by traps and snares intended for other animals. They have been killed for their heads, hands, and feet, which are sold to collectors. Rwanda, Uganda and the Democratic Republic of Congo have been politically unstable and beleaguered by war and civil unrest over the last decades. These conflicts have had a very negative impact on the population. Several programs have been established to safeguard the last remaining mountain gorillas. Especially noteworthy is the International Gorilla Conservation Programme, which was established in 1991. During the last few years the population has been having a stable increase, but with such low numbers they still need extensive monitoring.

Silverback and his wife 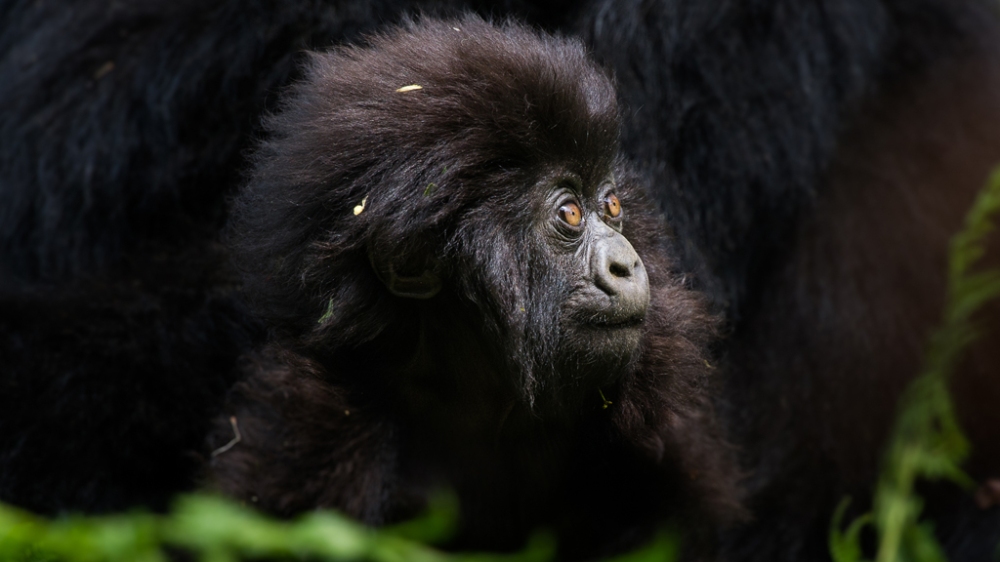